Contrary to earlier reports that only 76 of the 110 abducted Dapchi school girls were freed by the notorious Islamic sect, Boko Haram, the Presidency has released an update, stating that 101 freed girls have been documented. 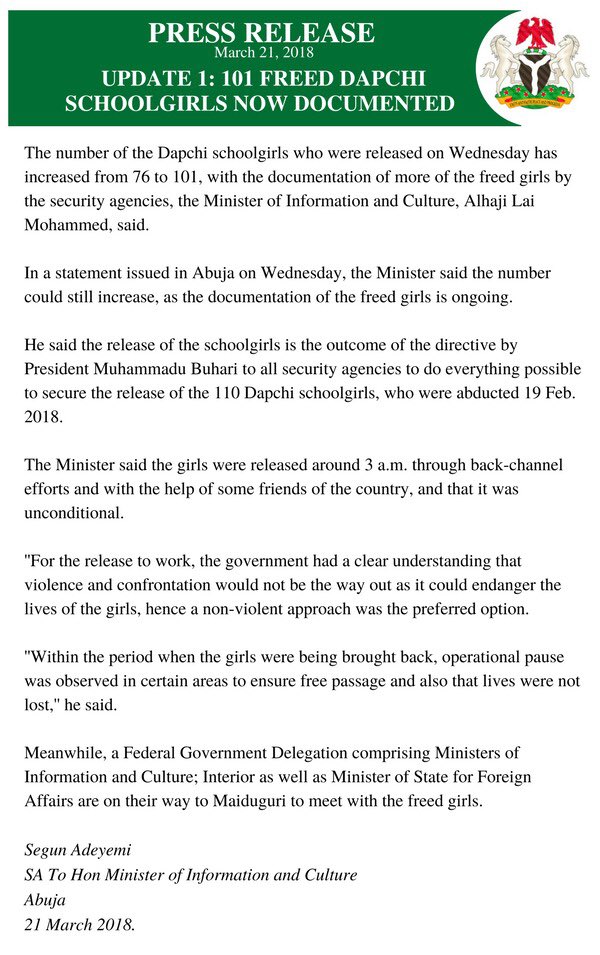 It was also said that the Federal Government delegation will be meeting with the released girls today.

The insurgents invaded the Government Girls Science Technical College (GGSTC), Dapchi, in Yobe State on February 19, and abducted the students.

Born in Akure town, Gokeniyi is a lover of nature and good food. She loves to cover entertainment, general news and sports

Photo of the Week